Some people prefer “cawfee” and others prefer “watta.” Is it called a “roly poly” or a “pill bug?” Most people here say “firefly,” but have they ever heard of “lightning bug?” With more than 300 million people in this country, it’s no wonder there are so many different expressions that vary from state to state.

American English varies from the Pacific Southwest to the Inland Northern. Robert Delaney, a reference associate at Long Island University, created a map on his website, listing 26 different dialects of American English. A majority of Americans speak the “General American” dialect, which doesn’t have any regional, socioeconomic, or ethnic characteristics.

According to dialect blog, a dialect is a person’s accent and the grammatical features that come with the way they talk. An accent is the way a particular person or group sounds, pronounces their words, and the musicality of their speech.

To say someone from Louisiana has Southern accent, means that they pronounce words dissimilar to a person from the Northern U.S. However, an accent would not refer to a Southerner’s use of the word “y’all,” as that would fall under Southern dialects.

“If I could speak any dialect from the U.S., I would choose the Southwest. I like listening to the people’s voices, and it would be fun to talk like them,” Derek Hyer, sophomore, said.

What’s so significant about speaking with a dialect? Even small details, such as the way people speak, can characterize someone in their own way, and allow students to get a first impression of a classmate from the way they talk.

“In Austin, Texas, my family and I used to say “rarin’ and ready to go” if we were excited to go somewhere. I realized when coming to Nevada that common phrases in one state might not even be heard of in another,” Jing Yin, senior, said.

Not only can a dialect represent a person, but it can also represent a state. Each state works like its own independent country, with every one of them having their own commonly used words, phrases, pronunciations, and things that they’re known for. For example, when people think of New York, they might imagine the Statue of Liberty and people ‘tawking wit a heavy Noo York accent.’ It can be quite easy to pinpoint where a person is from, especially if they’re accent is widely known like that of New York.

“When I first moved out here from Michigan, I used to call soda, ‘pop,’ which is definitely more of a Midwest term. I was teaching second grade at the time, and the kids were like, ‘Why do you call it pop? That’s funny!’ I learned very quickly that out West people call it soda,” Mr. Poleski, world geography teacher, said.

A YouTube video titled Mapping How Americans Talk – Soda vs. Pop vs. Coke from the channel “The Atlantic,” laid out a breakdown of all the U.S. dialects. In the video, inspired by Bert Vaux’s original study and Joshua Katz’s maps, viewers get to hear how Philadelphians address a group of people, the various ways of pronouncing “miracle,” and what Southerners mean when they say “the devil is beating his wife.” (Which is another word for rainshower). The video highlights the noticeable variations in the country’s dialects and accents that came from the diversity and growth Americans have experience.

“I never noticed that dialects varied that much. It’s really interesting, especially because we all generally speak the same language,” Caty Tremont, junior, said.

According to Robert Delaney’s page, dialects also derive from geographic or social isolation. English began as a Germanic dialect called Anglo Saxon that was brought over to England from German invaders. The Anglo Saxons in England became geographically isolated from Germany; this molded the dialect into the modern English language Americans speak today. Multiple invaders also influenced the expansions of the English dialect. English and German are now two very distinct languages even though they started from the same root dialect.

“Areas come up with local phrases and different pronunciations that are a result of this isolation,” Mr. Poleski adds.

Whether someone says “howdy” or “hello,” “movie theater” or “cinema,” it is a result of the many dialects and accents that characterize every individual.

“Next time I hear a person with a different accent than me, I’ll be sure to take a closer look at how they make us unique from each other,” Sarah Kazemeini, junior, said. 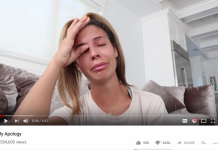 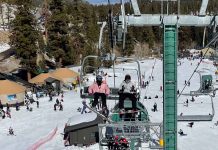 Cool down from the Vegas heat 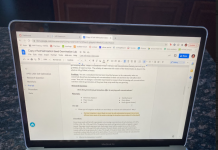 Tips for staying productive in school