A friend group of boys and girls promised each other that they would focus on their study session, yet five hours into their “focus” group, as the sun fades from view, they are huddled around a laptop as if it were a campfire, wide eyed in curiosity, covered head to toe in shivers, obsessed with the parallel slicing of bars of soap, with the mixing of slime and chunky glitter.

Autonomous sensory meridian response, otherwise known as ASMR, is a form of sound therapy that triggers the sensory stimulus within the brain, sending shockwaves of satisfaction throughout the body. Although viewed as a “meme,” According to NBC news, ASMR has been shown to reduce anxiety, depression, and insomnia, as it resembles a natural high that relaxes the physical body and mind.

“ASMR induces a tingly sensation in my ears that gives off a relaxing element,” senior Katryn Cabeguin said. “Watching people eat things encourages me to eat more because I want to be part of the activity. There’s something about quiet sounds that helps my stress go away.”

The body reacts to a diverse range of noises and images, so various types of ASMR have emerged to satisfy every individual. Sound ASMR, like eating foods, whispering, tapping on hollow items, and page turning appeals to the auditory sensitivity, while physical ASMR, like paint mixing, slime mixing, soap cutting, and sand cutting appeals to the visual sense. Not all ASMR has the same effect on people’s senses, some find it appealing, others find it unsettling.

As viewers make it a habit to consistently watch ASMR videos online, content creators rush to gain new followers. “ASMR artists” gain controversial fame as they dedicate their lives to record and post ASMR videos. Due to ASMR’s growing popularity, regular people are making ASMR a lifestyle. Youtuber SAS-ASMR, with 2,949,124 subscribers, has made a living off of her ASMR videos, with a $60,000 net worth.

“I think eating ASMR is disgusting, YouTube needs to go through their database and delete every single video with any trace of eating ASMR, it doesn’t sit well with me,” senior Rafael Canizalez said. “Soap cutting on the other hand is utterly satisfying. The way each soap falls individually is so appealing.”

Although ASMR can favor the senses, it’s also viewed as a source of humorous entertainment. Appealing to someone’s sense of humor, ASMR is known to be amusing due to the sheer silliness that people actually take the time to record videos of activities like chewing food next to a mic,with no explanation, for millions of people.

“ASMR definitely is not for everyone,” junior Elijah Hernandez said. “But videos where someone eats chicken, pickles, and other crunchy foods always make me laugh. They’re really funny to watch.”

Youtube ASMR videos, on average have 2,000,000 views, and as time increases, ASMR’s audience grows as well. Whether ASMR is watched for a satisfying experience, or humorous qualities, ASMR’s influence captivates teens 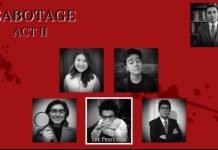 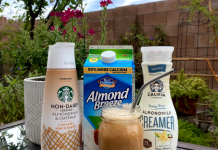 How coffee has evolved 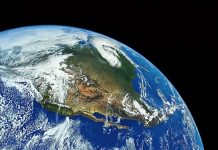