Generation Z is continuously bombarded with cries from our teachers and mentors of a mental health crisis tearing through teenagers. To high school students, it feels worse than ever before. Stress levels are higher, suicide rates are higher and more and more kids are reporting issues stemming from poor mental health. However, teenagers are never given a specific reason why.

The world that Gen Z grew up in is vastly different from the one that Baby Boomers, Gen X and Gen Y lived through. Born from 2000-2015, virtually all current high school students grew up with a screen in front of them, taking in more information than any previous generation had at that age. Screen time continues to increase; teenagers take in massive amounts of information everyday from social media and the news, much of which is uncensored and mature. Teens spend an average of nine hours a day on entertainment media which includes listening to music, streaming shows or movies, gaming and social media. That means teens are spending more time looking at a screen per day than they are supposed to be sleeping.

Increased screen time and time on social media is linked to increased depression and suicide related outcomes. Granted, this is a correlation, not a causation; more screen time does not necessarily cause depression and poor mental health. However, teens that spent more time looking at screens were more likely to be depressed than those that took part in in-person activities.

The information that we take in is not always positive. The increase in violence and tension that is in our society today is reported on social media and through our entertainment, and teenagers often take in that added stress without even realizing. Gen Z is more likely to report that current events are causing added stress than adults. Teenagers are more worried about mass shootings, immigration crises and sexual assault than previous generations, and their fear is valid. That is what they see in the news, and that is how life is now portrayed in our media: constantly full of fear and the unknown.

The American diet may also be contributing to a decline in good mental health among teenagers. When processed foods and refined sugars are ingested, it affects how our brain works and how we feel. A diet high in refined sugars has been connected to impaired brain function and even worsening depression and other disorders. An increase in these unhealthy foods coupled with a decrease in real, natural foods may be contributing to the deterioration of Gen Z’s mental health.

Although it is clear that Gen Z does have new, contributing factors to their decrease in mental health, they also could be seen to have worse mental health just because of how open they are in talking about it. 27% of Gen Z say that they are likely to report that their mental health is poor compared with 15% of Millenials and 13% of Gen X. Only 45% of Gen Z reports their mental health as being good or excellent. Because our society is more open today about mental health than ever before, we are seeing these cases come out, and more people are willing to talk about their struggles. It may be that Gen Z is only slightly worse in their mental health, but is portrayed and seen as drastically worse because of their openness and willingness to talk and admit the issues that are present. There are now mental health breaks, and even some mental health days, in schools in order to promote awareness of these disorders which allow for these cases to be diagnosed. These are privileges that past generations did not have, and many did not identify that they were not okay. The willingness of Gen Z to share their struggles with mental health may truly be the reason for an increase in adverse cases.

Regardless of the cause, Gen Z has seen a deterioration in mental health when compared to past generations. There are help and resources available to teenagers that their older counterparts did not have access to. Here at Coronado, there are counselors and social workers available for those who are struggling. Do not hesitate to reach out. 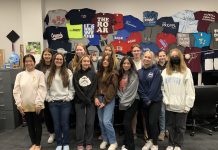 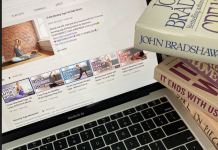 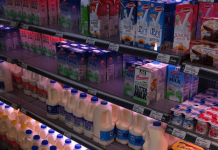 Senior Spotlight: Ayda Atici argues her way to the top