The new Omicron Covid variant was recently discovered in South Africa on November 24, 2021. The first case of Omicron in the United States was found in Massachusetts from a traveler coming out of South Africa. Several of the variants are spreading more each day and has already doubled the spread of the Delta variant. The Delta variant was previously the most contagious version of the virus.

“I recently heard of this variant, and it’s kinda scary,” senior Mykah Masicampo said. “This should be concerning people around the world.”

Omicron to the world is known as the  “variant of concern”. This variant has concerned many because of how much uncertainty there is about this variant. The World Health Organization has described this variant as a “very high” risk variant, and it can lead to surges with severe consequences. The number of cases found because of this variant has been high, with many people worried about infections and increased air travel because of the holidays.

“Omicron should be a variant that we take very seriously,” senior Dexter Ganaba said. “Travel ban is the way to go in order to keep the United States safe.”

All of these cases caused by the Omicron variant have caused a lot of countries around the world to ban or restrict travel to South Africa. The United Kingdom is restricting European travel to only the UK and Irish nationals, or UK residents. The United States also put travel restrictions to countries such as South Africa, Botswana, Zimbabwe, Namibia, Lesotho, Eswatini, Mozambique and Malawi. This was put in place to keep the country as safe as possible for the United States citizens.

“The numbers for South Africa’s vaccinations are really not good,” senior Nathan Robertt said. “Who knows what the numbers would be if the country would just get vaccinated.” 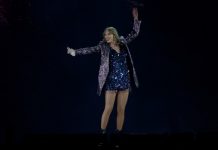 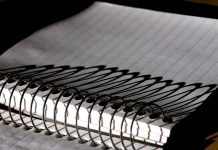 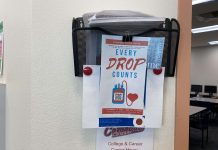