‘Euphoria’ is currently a popular show on HBO Max. With the first few episodes of the new season now streaming, the show has been circulating yet again on social media for its controversial topics.

‘Euphoria’ tells the story of Rue, a troubled 17-year-old, played by Zendaya, whose main role in the show is to visually represent the struggles of her drug addiction. While Rue narrates, other characters are introduced showing the struggles they face during their adolescence, such as addiction, anxiety, and self-discovery. The characters in the show get high off the feeling of euphoria by feeling a sense of self-control, male validation, and drugs. This show may be upsetting to some viewers, and it’s safe to say ‘Euphoria’ isn’t very age-appropriate as it has an official rating of TV-MA because of nudity, violence and drugs. Viewer discretion is advised.

There are two different viewpoints to the argument. While some argue that ‘Euphoria’ does glamorize serious topics, others disagree. On one hand, people say ‘Euphoria’ doesn’t glamorize serious topics because of the fact that the show portrays the consequences of their actions. Viewers see that with Rue’s drug addiction, she doesn’t have a stable relationship with anyone in her life, and the show includes scenes of the fights between her and her family.

“I don’t think it does [glamorize] because it shows the bad sides of addiction and the lives of teenagers,” sophomore Kate Fernandez said. “I think people take it the wrong way and think because of the colors and the videography, it’s ‘aesthetic,’ but the show itself actually shows serious topics, but some people may take it the wrong way.”

It’s not the show itself glamorizing serious topics; it’s the viewers and social media that create trends off of the show. People on TikTok have posted their ‘Euphoria’ themed parties by dressing up as the characters and wearing makeup inspired by them. Audios from certain (serious) scenes in the show have become popular on TikTok and viewers have even made jokes out of them. This could solely be because of the fact that the wardrobe and makeup are ‘aesthetic’ while the cast is attractive. Because of the attractiveness of the characters, the writers might have used that to their advantage as ‘Euphoria’ has also been accused of using excessive nudity.

“I think there is unnecessary nudity in ‘Euphoria,’” junior Rebecca Frommer said. “I feel like the writers and directors added it for fluff and to make it more mature, but many scenes do not require any nudity. I would rather learn more about the characters and their personalities than see their genitals. It would make the show a bit more interesting.”

The beauty or aesthetic of the show may distract viewers from the actual message which is to relate to the viewers with an accurate representation of the struggles of drug addiction as they might have experienced the same during their adolescence to adulthood. Some may think the show doesn’t portray the struggles of teens realistically. While the show circulates around teen life with sex, drugs, and friendship, it may dramatize the realities of what teens actually face. Many may relate to the show, but at a certain point, it just seems like the purpose of the show is to be more ‘edgy’ and ‘shocking.’

Personally, I believe the show does not glamorize but may stray from the message by emphasizing the “wow” factor through shocking plots rather than character development. I don’t believe ‘Euphoria’ glamorizes serious topics like drug addiction because it shows the aftermath of Rue’s high, the risks, and how it affects others around her, such as the influence she has on her sister. Rue narrates her upbringing of how she became addicted to drugs and how, despite her efforts to sober up, she relapses, demonstrating that it is difficult to break free from something to which you are addicted.

‘Euphoria’ is not the only coming-of-age show accused of glamorizing serious topics. Other shows such as ‘13 Reasons Why’ and ‘Skins’ have been accused of portraying teens’ mental illness in a dramatized way. Whether you think ‘Euphoria’ glamorizes addiction or not, it’s not something viewers should want or try to base their lives off of. The aesthetic may be pretty, but the struggles the show portrays are all too real. 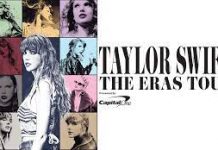 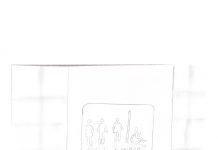