Coronado’s HOPE Squad held a suicide prevention walk on Fri., March 4th. Students listened to several speakers and then walked around the track for 20 minutes. A moment of silence was held halfway through to honor those who have lost their lives to suicide.

“Sometimes a person needs someone to listen to them or to care about them and know that what’s going on in their life really matters,” Henderson Mayor Debra March said. “You all make such an important difference and have such a significant impact in our community.”

“We started our HOPE Squad in August of 2020 when we thought kids were coming back to classrooms,” said Tam Larnerd, a training facilitator for Nevada HOPE Squad. “We train our kids to perform what we call intentional outreach, where we’re looking for students who have any warning signs of suicide, and then they have the skills to recognize those signs.”

HOPE Squad focuses on the importance of training students to recognize the warning signs of suicide. Many people will show obvious signs, but being trained in actively seeing them is crucial. A record high of student suicide in Clark County has made programs like HOPE Squad more important than ever to communities.

After the memorial walk, several booths for games were open in the parking lot. Games like a donut-eating contest, cornhole, and dumping cold water on teachers were in the area. All games raised money for HOPE Squad to continue doing what they do. There were also two food trucks available with food for purchase.

“I wanted to join HOPE Squad even before Covid happened because I was always really interested in it,” senior HOPE Squad member Katarina Krstic said. “A lot of meetings and group effort over and over made this [event] happen.” 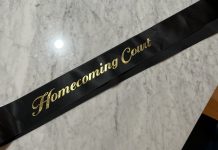 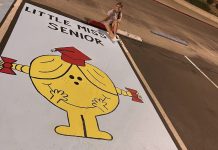