Have you ever heard someone say, “I’m so depressed right now” or “She’s so bipolar?” If so, an immediate red flag should pop up. These phrases are used so casually, but mental illnesses and serious health issues are not adjectives to express emotions.

Using a mental illness to describe a simple feeling is wrong in so many ways. It undermines the seriousness of them, not to mention the connotation it leaves. They are not adjectives or “just jokes.” These are very, very serious conditions from which millions of people around the world suffer.

People might argue that they are trying to create a greater understanding of them, but, in fact, by using these words or statements so freely, they are mocking those who suffer from mental illnesses. The struggles people with these illnesses experience is incredible and by using them as adjectives to describe mediocre things or feelings degrades them.

Being depressed isn’t just feeling a bit upset because mommy took the phone away for a week. Depression is a long-lasting feeling that greatly affects the way one lives. Researchers found that over a lifetime, one in five people will have an episode of depression, and 14.8 million Americans suffer from depression. There are many different adjectives that can describe this feeling such as devastated, crushed, or even the good-old sad. Of course getting a bad test grade can be devastating, but it does not mean you are instantly depressed. Depression is a serious thing and can in some cases lead to suicide. Researchers found that up to 15 percent of those who are clinically depressed die by suicide.

Careless words being thrown around can easily pull the trigger that drives someone into deep depression or a suicidal state of mind. With Nevada having the highest suicide rate for teens in the country, the popular term “kms,” short for “kill myself,” should not be something bantered about as a joke in a casual conversation.

Everyone has those nights where falling asleep seems absolutely impossible, but that does not mean you have insomnia. Insomnia goes much further than just one sleepless night. If you haven’t slept a single minute in over a month, then  you probably have insomnia. Insomnia is a sleep deprivation disorder. There is no cure for it, only treatments. If you are lucky enough to get even an hour or two of shut-eye, then don’t use the term insomnia.

“This test is giving me so much anxiety!” Have you ever felt your legs go numb, the knot in your stomach growing tighter and tighter almost as quick as the blood begins to flood your cheeks? Your hands are trembling, your breath is shortening to quick little gasps and before you know it, you’re having a suffocating anxiety attack. Anxiety isn’t just being a little nervous. It’s not something that goes away. It is there every second of the day nagging at you. Even the tiniest thing can set you off. Symptoms include sweating, restlessness, and fatigue. A huge difference lies between anxiety and feeling nervous. Anxiety is very common, and according to adaa.org 40 million Americans suffer from it, but only two-thirds receive treatment.

A common result of anxiety is panic attacks, but, gasping or jumping when being startled is not almost having a panic attack. Panic attacks are more severe than just being overly worried about your math grade. They include shortness of breath, hyperventilation, trembling or shaking, and sweating.

“My mom is so bipolar!” Try using moody or dramatic, but don’t bring serious things into silly situations. Just because your friend goes from being really happy one minute to really sad the next, does not mean she is bipolar. Bipolar disorder involves mood swings that last weeks or even months. People who are bipolar have to manage it very carefully. Like the common phrase goes, this is no “pop a pill” cure type of disorder.

Drooling over those fitspo inspiration pictures? Characteristics of anorexia don’t include trading in that donut for a salad to get the “perfect” body. Anorexia Nervosa is a very serious disease that people die from every day. It is such an extreme fear of gaining weight that people go to the very extremes of not eating for days upon days and over exercising. Anorexia is not a synonym for watching what you eat or being “too” skinny. Having a diet and sticking to it is just called being healthy.

Being a teenager, it’s okay to be messy or neat. Just because you like things super clean and organized does not mean you have Obsessive Compulsive Disorder. People who suffer from OCD aren’t purposely performing these actions; in fact, they cannot stop themselves. OCD isn’t a temporary illness; there is no cure for it, and it is considered a type of anxiety.

Having anxiety or bipolar disorder isn’t something that should be considered awful. You don’t call someone diabetic or cancer crazy, so why would you call someone with a mental illness that? Society needs to stop using mental illnesses as a way to describe simple feelings. Emotions are very important, but so are these illnesses, and by using them as adjectives, their importance and severity is being undermined. Think before you speak. 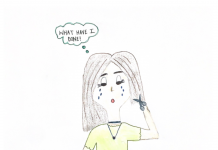 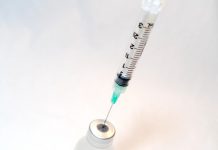 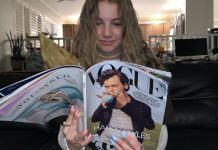