When it comes to the natural hair type chart, that runs from the straightest texture to the curliest, black hair generally exists to the latter of the spectrum, where it seems to defy gravity. The texture of one’s hair can tell the story of ancestry and self-expression.

“Black hair is a statement: ‘this is who I am,’” Alexandra Harris, junior and vice president of the Black Student Union, said. “My dad and I recently had a talk. He said, ‘As soon as you walk into that school, they only see a young black girl.’ [It feels like] we don’t get a first impression past our appearance: our hair and our skin color.”

During times of slavery, it was common for white females to be jealous of their African slaves’ hair texture. As a result, head shaving was common during this time while other black slaves used braids to communicate escape plans and routes. After emancipation, in an attempt to assimilate into white culture, blacks began to repress their natural curls. Embracing natural hair became a sign of resistance and subversion while white hair was believed to be more attractive, make employment easier, and prevent abuse.

“I’ve worn natural,” Mrs. Jackson, AP Environmental Science and Honors Biology teacher, said. “I like the style, but my hair was more sensitive to breakage because of my curl pattern. Mostly now, I wear my hair relaxed [using a cream used to chemically alter the texture of curly hair to make it easier to straighten] because I wear it short, and I want it to lay down. It doesn’t mean that I’m trying to emulate anyone. It’s just the way that I like my hair. Natural hair is definitely more accepted now; I’ll tell you that.”

The afro emerged in the 70s, as African-Americans first began to embrace their “blackness,” and  “naturalness” was sweeping the nation, along with the Black Panther and the Civil Rights movements. Natural hair became a symbol of pride and rebellion.

“After my second ‘big chop’ in ninth grade, I was really adamant about going natural,” Harris said. “I got a lot of flack [backlash] from my dad and my grandma. He preferred straight hair, and my grandma used to do my perms.”

Now, society is seeing a reemergence of the natural hair movement. More people are beginning to embrace their kinky coils, including celebrities. Actress Gabrielle Union, famous for her straight, shiny hair in roles in “10 Things I Hate About You” (1999) and “Being Mary Jane” (2013- present), launched Flawless last year, a line of hair care products created for black hair. Younger African-American actresses, such as Amandla Stenberg, Zendaya, and Yara Shahidi, are wearing their hair natural by pairing it with their street style and their designer outfits on the red carpet. Social media is contributing to the acceptance of natural hair in mainstream culture; people are sharing their natural hair journeys and care routines.

“Black hair is a way of showing you are proud of being black and embracing your ethnicity,” Jordan Thompson, junior, said. “Natural hair gives women and men pride for their beautiful skin and everything they represent. Black hair is a blessing and a curse but always beautiful.” 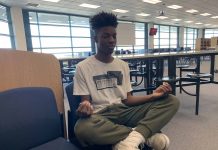 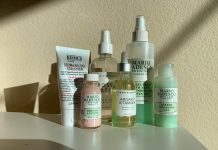 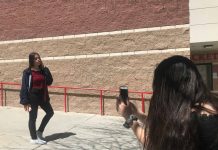