The tale of a “pair of star-crossed lovers” is one as old as time. Shakespeare is speculated to have written Romeo and Juliet around 425 years ago, and since then it’s been recreated in almost every media format. One of the most famous of the aforementioned formats is West Side Story (1957), a musical that originally premiered on Broadway with a famous soundtrack by Leonard Bernstein and Stephen Sondheim. Then, it became a movie-musical in 1961. Steven Spielberg recently took it upon himself to recreate West Side Story (2021), (hopefully for the last time) leading to a recreation of a recreation of a recreation of a… creation?

The plot of the movie centers around two rival gangs, the Sharks and the Jets. The original WSS was written in the 1960s, with heavy political turmoil regarding immigration and racism. The Jets play the role of the “original immigrants”– Italians and Irishmen who immigrated in the late 19th-early 20th century. The Sharks, on the other hand, are the “new immigrants” who come from Puerto Rico to America and are supposedly infringing on the Jet’s territory. Caught in the middle of this terrible rival is Maria (Rachel Zegler), whose brother is the leader of the Sharks, and Tony (Ansel Elgort) who is an ex-member of the Jets, who experience ‘love at first sight.’

In contrast to the original, the care in casting stood out immediately. Considering the fact that half the cast is Puerto Rican, you’d think that the original movie would maybe pay attention to that; however, the lead actress who played Maria (the late Natalie Wood) is white. Most of the original cast is played by white people, even those whose characters aren’t, and it’s refreshing to see accurate castings for this movie.

Spielberg is a very visual director, and that’s present in any movie he’s directed; West Side Story is no exception. He used the obvious light techniques to signify an emotionally bad or good scene, but something that flew a bit more under the radar was costume colors. The Jets wore mostly cool tones, with lots of blues and denim work jeans. Meanwhile, the Sharks were always in warm orange and yellow tones, and they mostly wore khaki, not denim. This effect is most interesting in Maria’s costumes. At the beginning of the movie, she wears a white dress with a red belt, followed by another reddish outfit. In the second half of the movie, she can only be found in blue. This shows her slowly meshing her worlds between her Shark brother and Jet boyfriend. The same can be said for Tony, but Maria’s outfits are most noticeable.

This was actor Rachel Zegler’s first role on the big screen, and she performed beautifully. She brought a sense of reality to her character’s idiotic decisions, and her voice is clear and bright. Ansel Elgort’s voice fit his role as well, but it just didn’t have the same power as Zegler.

Zegler and Elgort were both great, but the star of the show was Ariana DeBose, who plays Anita. Her voice is just as powerful as Zegler’s, but she has a background in musical theater and was able to better perform the dance scenes. Her acting and singing during the duet “A Boy Like That” was incredible. DeBose plays the role of Anita, who is Maria’s brother’s (Bernardo, played by David Alvarez) girlfriend. In the 1961 West Side Story, this role is played by Rita Moreno, who’s the only main character played by a Puerto Rican actor. In the remake, they gave her the new role of Valentina, who is an old woman in the neighborhood and serves as a mentor to Tony. It was an interesting choice, but also a nice way to pay homage to the only actor from the original that’s still relevant.

Overall, this was a good remake and an even better movie. Spielberg didn’t throw any new curveballs at audiences, and he pretty much stuck to the original. You can’t change the sappy story of puppy-dog love, but you can improve it. If I’ve confused you with this back and forth between each movie, good. Go watch both movies and enjoy. 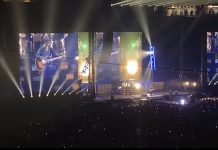 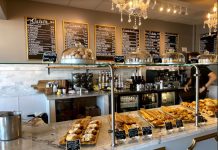