Tree huggers everywhere demonstrate support for environmental protection each year. Earth Day is celebrated worldwide in an effort to protect the environment.

“Although there are some people who do everything they can to protect the environment, I think if we are cautious about products we use we are doing our part,” Natalie Hunsaker, sophomore, said.

Earth Day was first celebrated April 22, 1970. More than 20 million Americans took to the streets to promote a sustainable environment with thousands of colleges and universities organizing protests.

The idea of a day of environmental awareness, came from Gaylord Nelson, a former U.S. senator of Wisconsin. Nelson came up with the idea after witnessing an 1969 oil spill in Santa Barbara, California.

Earth Day went international in 1990. According to the Earth Day Network, there are over 5,000 environmental groups in over 180 countries reaching out to hundreds of millions of people. Environmental organizations such as the National Resources defense council, strive to protect the environment and educate others on how they can conserve the earth themselves.

Today, Earth Day continues to remind people to conserve natural resources and to fight for a clean environment. Different programs are set in place to encourage environmental awareness, for instance most U.S. cities have a recycling program in place.

“I recycle at home because I feel like I am helping the environment. Even if it’s just a water bottle, every little bit makes a difference,” Alessandra Baldono, freshman, said.

“I think it is really cool that I can help the environment while also buying new clothes. I love the idea of giving and getting something back in return,” Samika Tara, sophomore, said.

There are events in major U.S. cities every Earth Day. The sixth annual GREENfest will be held in downtown Summerlin. It is the largest Earth Day festival in the Las Vegas area. The event provides the opportunity for the environmentally conscious community to gather in one location. The event will feature live entertainment, food, and drink, as well as over 120 exhibitors and displays.

The school’s special education department will be collecting recycles to do their part in protecting the environment.

We started collecting recyclable material  in the 200 hallways during second and third period, and we hope to expand to more classrooms,” Mr. McCarthy said.

The topic of Earth preservation continues to become an increasingly popular topic. Anyone can be a part of the cause to help build a clean, healthy, diverse world for generations to come. 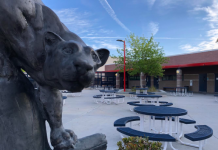 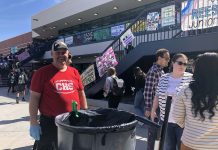 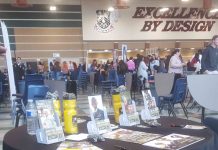