Parents are always telling their children “Don’t talk to strangers,” yet teens all over the globe are finding new people over the web with whom to become friends.

According to Pew Research, studies have shown that 57% of teens ages 13 to 17 have made friends online, with 29% of teens indicating that they have made more than five friends through online venues, and only 20% of all teens have met an online friend in person. Teenagers are bound to talk to people online because they are the generation of technology, whether it be with a phone, laptop, or even a gaming console.

Internet best friends happen because of social media like seeing a tweet or post about a shared interest. Most online friendships start by having similar tastes in music, movies, books, games, or even activities. Teens must use their intelligence, integrity, and common sense when starting a chat with a person they’ve never met before or know very little about.

Overtime, the natural habit is to get to know the “friend” on a more personal level. Eventually texting, calling, and snapchatting becomes a daily occurrence. This eventually expands to Skype or FaceTime, which provides a visual of the person behind a screen.

This progression can sometimes evolve into an actual face to face meeting, solidifying the once cyber friendship into a physical reality. The nightmare parents’ fear turns into a relationship that can be trusted by everyone involved.

Best-selling author John Green, who wrote “The Fault In Our Stars” and “Paper Towns,” isn’t in support of the term “internet friends.” He believes the term makes it as if  the friendship isn’t real because it’s online and not in person and said, “The measure of a friendship is not its physicality but its significance.”

While online friendships can be rewarding and fun, they can also be dangerous. Who is really sitting on the other side of the conversation behind the computer? When technology became such an influential aspect in the lives of young adults, they started to make friends with others whom they had never met. Thanks to the internet, teenagers can have a shared connection to people all over the world, but there are many hidden risks to these relationships.

It is easy to know everything about everybody with the hourly updates of what they ate for breakfast and what they are wearing. Teenagers feel as if they know the people they are communicating with online. As a result, teens believe they really understand their internet pals.

Sitting behind a computer all the time and only talking to cyber friends can hinder gaining social skills and cause bullying. It is easier to insult someone when he or she is not face to face. Young adults need to learn to balance their online friends with their offline ones, too.  Without real friends, teenagers don’t learn social skills such as recognizing messages in body language, making eye contact, and knowing how to actually talk to someone in person.

Teenagers are  extremely sensitive to certain things. Sometimes it is hard to have offline friends because when they’re angry with each other, complete avoidance is impossible. With an online friend, however, if one gets annoyed with the other, it is much easier to just ignore him or her. Learning how to deal with relationships when things get tough is a social interaction skill that all teenagers need to learn.

People can literally choose who they want to be online. Anyone can pretend to be a teenager who seems likable when, in reality, the person is not.  According to the “International Business Times,” catfishing is when people pretend to be people they are not online.  This is one of the main concerns parents have regarding online friends: adult predators and kidnapping.

Knowing the person on the other end of the online conversation, being selective with followers, and who one is following are the only ways to be safe online. Better yet, put down the electronic devices, go outside, and meet real offline friends.  It is safer, will foster socialization, and get teens talking face to face. 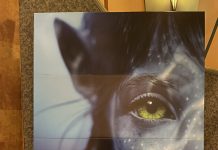 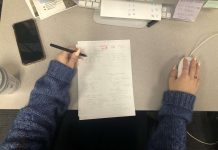 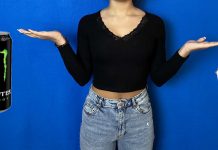