Sending pictures and video through Snapchat is one of the most prevalent ways people communicate with friends and family. Maintaining a streak can be a part time job or a life long achievement, it all depends on your commitment.

It’s the morning, and your routine starts: You get changed, do your hair, and prepare to take a snap because the sunrise will be a perfect picture to send to your streaks. At first glance, taking a selfie and sending it to more than 10 people sounds really superficial. What some people don’t understand is that when someone sends a streak, people can respond and start a conversation just like that. Not long after, those relationships have gone a step closer than they were before, and a new and exciting challenge begins.

It is an absolutely vital part of a snapchatter’s routine to send streaks to people. Every morning, day, or night, they send a picture to let others know that their streak hasn’t ended but strengthened. The longer the streak is held for, the larger the number becomes. People can have hundreds and hundreds of days in counting. A 365-day streak is definitely better than a five-day, and that is something to be proud of. It’s a statement of how much closer some people are than others, and it shows the dedication you have to communicate with each other on a daily basis.

People can send hilarious videos to their “Best Friends” and let loose. They see each other in a new light and begin to open up to each other. Snapchatters have a great time going back and forth, laughing endlessly at the priceless pictures of each other or having deep conversations. As a streak grows, and people feel more connected, their relationship grows stronger, and they feel more comfortable talking about their feelings. They can help each other with crises, and sometimes, new romantic relationships will blossom.

Streaks don’t have to be formal. Sending streaks can be more than sending just a black screen. It can turn a regular person into Pablo Picasso. People become artists and showcase their individualities. Anyone can snap a picture, but it takes a higher level of skill to add the right details (stickers, drawings, emojis, filters and more) to create the perfect “snapsterpiece.” The sky’s the limit on what they feel will make it more their own.

Snapchatters can see what their friends are up to. If they’re doing something exciting, friends can send a snap to their streaks and let them see that they are having the time of their life.  Maybe the receivers will text them, ask where they are, and come join them. In no time, groups of friends are brought together, all because of streaks.

Snapchat allows people to become closer and socialize with whoever they want and whomever they want. Want to start a streak?

With constant stress from school, sports, and so much more, it seems like teenagers wouldn’t want to hassle themselves with anything else. That’s not the case when today’s teenagers live in a society where their digital footprint is more important than their real one. Updating people via social media is a bigger concern than talking to friends and family directly, and maintaining Snapchat streaks causes unnecessary stress for teenagers everywhere. At least once every 24 hours, kids rush to make sure there isn’t an hourglass by their 35 “Best Friends’” names. Regardless of how pointless keeping streaks actually is, consistently sending them seems to be a pivotal part of a teenager’s everyday life.

Having a routine is great because consistency is important. Streakers wake up, get dressed, eat breakfast, and send streaks without thinking about it. Snapchat started as a place to communicate with friends and family through pictures and videos, but over time, it has evolved into a competitive sport. As the number count climbs, people achieve a sense of pride knowing that their streak is higher than the kid’s sitting next to them in English class. That sense of pride should not exist when all you’re doing is sending a simple picture. The fact is that many snapchatters keep streaks just to say they have them.

Streakers barely know the person that they are communicating with everyday anyway. Black screens with a giant, lazy “S” scribbled on it go back and forth between strangers who randomly decided to “talk” everyday. Despite the initial possibility of making a new friend, they soon realize that they are now just one of many. Before, when people only had those few streaks with only their favorite people, it brought a warm feeling seeing evidence that you and your best friend talk everyday, but now there is nothing special about it. That same snap is going to 30 other people just out of convenience to save streaks.

Streaks have no purpose besides seeing who can consistently “communicate” the most. If the sender happens to send more than a blank screen, then the receiver can be “blessed” with seeing what the other is doing. Feelings get hurt when all of your friends are having the time of their life at a party or concert without you, and the fear of missing out of these events is amplified. Kids get invested in what other people are doing, but in the end, it only hurts having the knowledge of others’ whereabouts.

Regardless of the pressure of keeping a streak, many people will continue to have them, and their excitement will only grow with the numbers. Unfortunately, all good things must come to an end, and the streak will be lost one day: dead with the thousands if not millions of other streaks in the graveyard of cyber-history. Life gets crazy sometimes, and your first thought will not to be to send streaks. Actual sadness comes with losing a streak, and to many, it feels like your relationship has gone with the number. It’s absolutely ridiculous that people believe their friendship is forever done with once the number by their name disappears. It’s important to remember that it does not determine how good of friends you are, and it would be better to just get off the phone and go see them in person.

Connecting with people is important, but there needs to be more than just wifi connection to start a true friendship. Unnecessary worrying comes with maintaining streaks when Snapchat should be a fun outlet. Go out, see your friends, and challenge yourself to have an “in person streak.” 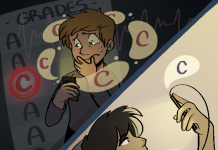 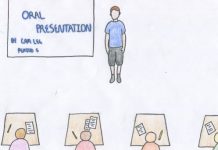 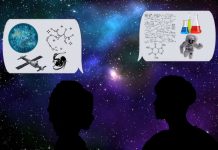