The everyday parent hopes to guard their children against harm, violence, pain and rejection for as long as they possibly can. However, as elementary school turns to middle school turns to high school, most parents loosen their firm grip on their children’s lives and allow them to pursue their own goals and journeys, but still, some overprotective, helicopter parents continue to control their children’s lives. This control doesn’t stop at the front door; even in the classroom, some parents work to censor students’ required novels for English class due to content including violence, profanity and mature themes. Banning books is an unnecessary act that prevents students of all ages from blossoming into well-rounded, educated adults.

Morals are often cited as the reason why some decide to challenge novels in public schools, especially for those who identify as religious. Most of the time though, the novels banned for “religious reasons” are not banned for violence and profanity; rather, these novels include magic. In JK Rowlings’ “Harry Potter” series, for example, magic through wizardry, along with death and resurrection, are commonly established throughout the Young Adult best-selling novels. In 2017, according to the American Library Association (ALA), “Harry Potter” was the most banned novel in the American public education system. Parents across the United States claim that these novels promote occult and black magic, diminishing the importance of their own religion in their children’s lives. Parents want to blame their ”non-faithful” children on “Harry Potter” instead of considering the inevitable: newer generations just aren’t as reliant on religion as those previous. Even though the novels often banned due to magic are perfect segways for Elementary-aged children to venture into deeper and more fulfilling reading, nowadays finding copies of these novels, especially “Harry Potter,” is difficult at school libraries across the country.

In addition, adults have full-blown temper-tantrums over language included in school-required readings. If they paid attention to their own required English courses, they would understand that diction, otherwise known as the author’s chosen word usage, plays an important role in the theme and feel of a novel. Harper Lee’s “To Kill A Mockingbird” explores ideas of racial injustice during the Great Depression that can still be connected to today’s society. This classic places readers into the Deep South during a time of major corruption and racism, and in order to convey her message to the best of her ability, Lee uses profanity that was considered “common” in that historical period. Although those words may be offensive nowadays, disregarding the novel, because of those words, is a bigger crime. The story itself introduces the idea of racial injustice into the young minds of children who read the book, helping them become more accepting of one another making the world a better place.

Limiting acceptable novels stops children from progressing in maturity and depth leaving them in the never-ending, feel-good state of Dr. Suess. One common discontinued school reading is “The Diary of a Young Girl” by Anne Frank due to its explicit material. Of course explicit material means the violence of the Holocaust, right? Wrong.  Anne Frank, at only thirteen years old, writes in her diary about starting her menstruation (which is also found in Judy Bloom’s widespread banned book, “Are You There God, It’s Me Margaret”). Parents and several students have found this declaration as “disgusting” and “unnecessary” in literature, thus banning it from the entire school. The fact that these novels aren’t prohibited due to their violence, but the fact of a normal event for over half of the population is beyond ridiculous, and truly illustrates the degrading standards of the American education system.

Over the years, hundreds of novels have been protested and removed from American schools for impractical and silly reasons, stopping students, development into critically thinking adults. Censoring is an absurd concept and needs to stop in order to allow future generations to grow to the best of their capabilities. Banning books needs to be banned in itself. 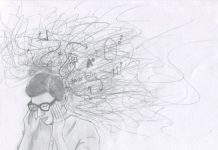