The Sign Language Club is back for the new school year! Sign language is an incredibly valuable skill to learn and is now available to Coronado students. In need of something to add to your resume? Maybe you just want to learn a new language? Well, look no further! Sign language is actually ranked the third most used language in the US.

“My mother said that I started signing at three months. It was simple things like ‘more,’ ‘food,’ or ‘pain,” but that’s where it started,” Sign Language club advisor Mrs. Lee said. “I became an interpreter for my mother.”

Sign Language has always been a major part of Mrs. Lee’s life. In fact, it is actually her first language. When she was attending school, she began to teach others how to sign.

Sign language truly has opened up opportunities for both those in and out of the deaf community. It’s a wonderful skill to have in one’s toolbelt for both job opportunities and communication purposes. Today, one million people in the US use American SL as a form of communication; become one of those people!

“I just want students to learn how to bring these skills into the real world to spread kindness. Isn’t that what it’s about? Allowing all to enjoy sports, events, and entertainment,” Mrs. Lee said. This club opens doors for students who have an interest in SL. I’ve even had students who’ve gone on to teach sign language themselves,” Mrs. Lee said.

Interested in being a part of the Sign Language Club? Feel free to stop by room 204 on Tuesdays at 2:15 after school, and expect to stay until 2:45-3 pm. Can’t wait to see you there! 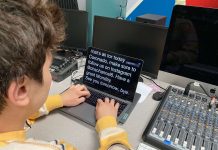 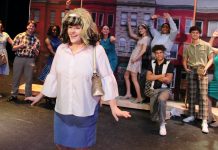