With the recent release of the movie “Ghost in the Shell,” it seems like Caucasian actors portraying minorities has become a Hollywood tradition instead of a trend that should have died a long time ago. Whitewashing- making minorities more “appealing” by making them less ethnic and whiter- is as normal today as it was when white actors first began to include minority roles, but not minority actors, on the stage.

Over the years Hollywood has accomplished whitewashing through different tactics, but the overall practice is as common today- even if they’re not as blatant as when first practiced. Darkening the skin of white actors to make them look of a different ethnicity is known as “blackface,” a practice that can go as far as exaggerating the lips and dialect. It is as hurtful and insensitive now as it ever was when Dan Aykroyd attempted it in “Trading Places” (1983) through darker skin, a Rastafarian hat, and dreadlocks.

“Ghost in the Shell” stars Scarlett Johansson, a very talented actress of European descent that portrays Mira Killian/Motoko Kusanagi, a very Japanese character. Johansson, a natural blonde, wears a black wig that is somehow supposed to convince audiences that she is Japanese when she clearly is not. Even though Johannson did not smear tar on her face, it is still very offensive since it implies that all it takes to be Japanese is black hair. Such was the case in Disney’s “Prince of Persia” (2010), for a movie that’s made for kids, where they simply gave Jake Gyllenhaal a long haired wig and a beard thinking it was enough to make him Persian.

This begs the question, “Why couldn’t they just hire a Japanese actress?” Hollywood has dismissed this option with weak excuses like “there aren’t enough good minority actors to play these roles” and “people won’t come if there’s a minority as a main character because they won’t be able to relate.” According to pbs.org, roughly 73.1 percent of actors in 2015 movies are still Caucasian even after a century of moviemaking. The reason there aren’t enough minority actors is because the roles are given to white actors on the rare occasion that there is a minority role, destroying the opportunities to showcase their talent. Those roles are either nonexistent or given to people unqualified for them.

Movie posters and the front page of magazine covers often do not present minorities. When they do see themselves on the big screen, they’re the goofy sidekick or loud best friend. There are only a handful of movies and shows that accurately depict minorities and don’t promote ignorant stereotypes. Current TV Shows like “Blackish” and “Jane the Virgin” are doing what they can to humanize minorities by showcasing family values and reclaiming and unraveling misrepresentations while still telling their truths. Even if (rarely) the main character is played by a person of color, most other characters are white, as illustrated by “How to Get Away with Murder” and “Quantico.”

Minorities are just as capable of representing and portraying the superhero or main love interest because those are the roles they live in real life. “Annie” (2014), “Steel Magnolias” (2012), “The Karate Kid” (2010), “The Wiz” (1978), and “Cinderella” (1997) are all remakes of classic movies recast with minorities in the spotlight, demonstrating that people of color can portray the same characters in a new way. More casting agents should follow their examples.

It’s time to break the archaic tradition and include proper representation of minorities, not just racial minorities, but for the gay/trans and people with disabilities, in the media. Hollywood needs to give all people the opportunities to tell their stories the right way. 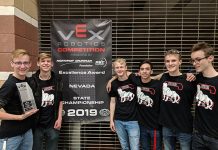 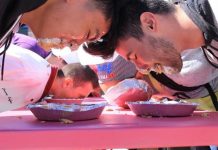 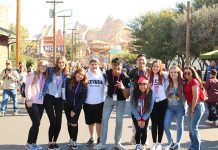