It is common knowledge that students who do well in school are more likely to be admitted into college, but just excelling in academics is not enough to acquire that life-changing acceptance letter. To even have a chance in admissions, it is basically a borderline requirement to play a sport, participate in community service, have a good relationship with peers and teachers, be a music prodigy by the age of ten and climb to the top of Mount Fuji in less than five hours. If students have not done any or multiple of these basic necessities, they are in bad shape when it comes to their applications.

Colleges and universities are selective when it comes to admitting applicants which is understandable, considering how fast the world is changing. Everyone is becoming more competitive in their respective fields of study for jobs and careers. The world needs the best of the best to keep progressing, but what is going to happen to the financially disadvantaged or those need to balance work, academics and other responsibilities all at the same time for good reasons?

Students pursue a college education to secure financial stability or to harvest their passion that drives aspiring students. To be realistic, college is pretty much putting all your hard-earned savings into lifelong debt, breaking piggy bank after piggy bank, living off of only ramen, and it’s all for a fancy paper.

Growing up, parents praise and encourage their kids, be it a sport or even solving a Rubik’s cube no matter how gifted they were. In the real world, people will be ahead, beating whoever was just at the top. College standards set the bar high to eliminate those who are unfit or unwilling to attain a career, pushing students more and more. Students are led to believe that adding more achievements to their resume means a higher chance to stand out among the many other applications. Underneath all that self-praise, it only reveals how people want themselves to be seen, putting on their best fake smile to impress their judges.

Standardized tests such as the ACT (American College Testing) and the SAT (Scholastic Assessment Test) are convenient when assessing how much a student has learned in high school because every student is given an equal shot with offered practice tests or classes. The higher the score, the more it could help win scholarships and first priority in admissions. The downside to these tests is that written tests do not ultimately define someone’s character, let alone a 4.0 scale define a student’s academic capacity. It’s upsetting that students have been conditioned since day one to chase after grades because those numbers could either make or break someone’s chances of getting accepted into future schools.

Making the decision to proceed to college is a huge milestone in life. Just remember that many people have gone down the same path and are now at a place of their dreams. Colleges may seem like they are asking for too much, but their demand only prepares everyone for the next stage in their lives. The people who stay determined despite how demanding the requirements prove that they are willing to go the extra mile which is appealing not only to colleges, but also to future employers as well. 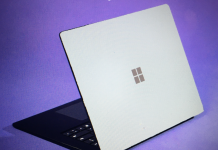 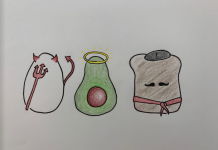 Creep it real with these Halloween costumes 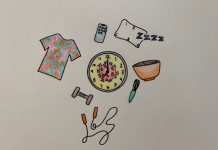