Over the past few decades, reports of police brutality towards African Americans have become more frequent across the United States. Most of society is aware of this issue, and as more instances occurred, more attention and backlash is received. On May 25, 2020, the threshold was crossed, and many communities retaliated with massive protests in order to bring change amongst the police department.

In Minneapolis, Minnesota, an African American man named George Floyd had police called on him for allegedly paying with a counterfeit bill at a local grocery store. He was violently apprehended after showing no resistance, and an officer named Derek Chauvin kneeled on his neck for approximately 8 minutes; body cam evidence shows that Floyd pleaded he could not breathe multiple times until eventually he lost consciousness and passed away. Originally, the officers were fired after the incident which received much backlash in the community, and protests began to influence the court’s decision. As protests continued, and people across the nation voiced their opinion, the three by-standing officers (Tao Thou, Thomas Lane and J. Alexander Kreung) were finally charged with aid to second-degree murder, and Chauvin was charged with second-degree murder.

“After the death of George Floyd over the summer, protests erupted around the country like we had not seen since the 1960’s,” history teacher Mr. Adams said. “The Black Lives Matter movement became the voice of the new Civil Rights movement. Two of the goals of BLM have been to hold police accountable when they use excessive force which results in someone’s death. The second is to defund the police, which means to reallocate police funds and invest in community outreach and mental health programs. These are challenging times that we are in now, and we will have to wait and see if there will be any real progress.”

The phrase “I can’t breathe” is now recognized by many living inside the U.S. Protests began in Minnesota and spread from the east coast to the west in a matter of days. People of all ages and color participated in the peaceful protests demanding justice for all African Americans who have been murdered. These include Breonna Taylor, who was killed while sleeping in her home, Ahmaud Arbery who was murdered for going on a run and many other innocent people of color that were victims of police brutality.

“I think that the Black Lives Matter movement is so important and needs to be spread across every nation that’ll listen,” junior Isabella Gensler said. “Black people have been fighting for their rights to be upheld and their freedom to be promised as such for decades before George Floyd’s death erupted the movement again. Their voices are just louder and harder to silence now and I hope that in every state across the US police get sentenced the full charge of murder or manslaughter when they kill another black man or woman.”

As time went on, peaceful protests turned into riots and violence, and the National Guard was stationed to control the crowds. Violence ensued, and weapons became involved, such as rubber bullets and tear gas, in an attempt to keep protestors actions to a minimum; citizens started getting seriously harmed at these protests, but they never gave up in voicing their message “I can’t breathe.”

“Going to the protests is one of the best decisions I’ve made,” junior Haley Wilson said. “It’s incredibly empowering to go there and be surrounded by all of these wonderful people fighting for the same thing- the value of human life. You could tell that no one there wanted to cause violence, we all came together to peacefully get the justice and equality we all deserve. The love and positivity there was astounding, you really feel like you’re part of something. I’m really glad I was able to go out there and support others in trying to make a difference.”

It is important to keep in mind that George Floyd’s didn’t start all the uprising at once and that it was the last straw of an era being silent about injustice. The United States was not the only country demonstrating protests; others include Australia, France, Germany, Spain, and the UK. The result of the uprisings was bringing our nation together to resolve a decades’ long problem and to bring attention to those who were wrongfully murdered. Previously, the killers of Breonna Taylor did not receive any jail time and were only fired as a punishment. Finally, progress was made after the death of Mr. Floyd, but we have a long way to go to stop these murders and bring equality and peace to the people.

“The BLM movement is our generation’s Civil Rights movement and the way we’re acting and our opinions of it matter and will be reflected to our children and their children,” Gensler said. “We need to listen to black people who are being killed over a warrant or beaten for talking back because if we don’t, what does that say about us as a nation?” 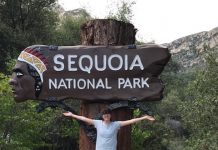 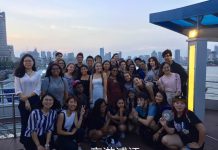 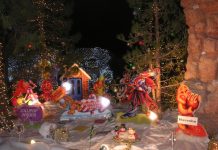