The Law of Attraction is an ancient theory that states if a person genuinely desires something, they can write and think about it happening to them, and it will eventually come true. It’s the idea that if you try to attract that energy (of the thing you want), the universe will send what you need your way. However, most people refer to this phenomenon as manifesting.

The historical roots of manifestation are somewhat unclear, but it can be traced back to Buddhist teachings in Eastern culture. Mentions of the practice are found in Christianity as well, so it’s not as if one religion or practice can be credited with manifestation.

“My method is to meditate and pray in a safe environment, such as a field or park,” junior Tyler Freed said. “After praying, I write my intentions a certain amount of times for what I want to manifest on paper, and then I keep it close to me until I receive what I manifested.”

Up until the 19th century manifestation didn’t even have a name. Helena Petrovna Blavatsky was a highly gifted and respected spiritual traveler in the 19th century, and she deemed this practice the ‘Law of Attraction.’

You can manifest just about anything that can actually happen, but it takes time and hard work. The presence of what you want must always be on your subconscious. Three of the most common methods of manifestation are scripting, using a vision board and the “5×55” method.

Scripting is just what it sounds like– writing. With scripting, manifesters simply write out what they want in life. This concept is the idea that you’re ‘putting your dream out there’- or in this case on a piece of paper. Writing it in great detail helps, but the most important thing to remember is that it is absolutely crucial to write it as if you already have it. For example, you would want to script “I love having a ton of money” instead of “I want money in the future.” Writing it in present tense essentially tricks your subconscious into thinking you already have this.

Many spiritual experts consider scripting the written form of visualization. Scripting is when a person focuses on what they want and consciously thinks about it throughout the day. If a person woke up and imagined themselves having loads of money, they’d need to be thinking about that in the back of their mind throughout the day. For some, scripting is easier than visualization, but both require the subconscious to be aware.

“I just followed what my intuition told me felt right,” Freed said. “What I manifest comes true.”

Creating a vision board is another handy way to visualize your dreams and make them more real (since they’re physical). Many people use this as an alternative to scripting, but every person is different. A vision board is where you take small items that represent your dreams/goals and glue or tape them to a board. For example, if you desire money, you might put a dollar bill on your vision board, or even a printed-out picture of money. If you want to be happy, maybe you’d put a smiley sticker on there. It’s all about what your dreams mean to you and how you interpret them.

The 5×55 method is commonly seen on social media, and probably because it seems the fastest. This method is relatively simple; someone thinks of their manifestation, and they proceed to write it 55 times a day for five days. It’s also common with 3×33, 4×44, and so on- the only limit is when your hand cramps up.

Similar to scripting, whatever you write must be in the present tense. Even after the five days are up, you still need to have that manifestation sitting in the back of your head. This isn’t a one-time thing; your subconscious has to always be aware of whatever it is you’re searching for.

“I feel like you manifest every day without knowing it,” sophomore  Swanson said. “It’s like wishing on a star or blowing out a birthday candle. But I’ve been doing this since I used little worry dolls as a kid.”

Overall, manifesting isn’t an exact science. However, so many people have gotten amazing results from it, so there’s really no harm in manifestation. If you take it seriously and put in the effort, maybe some good will come of it. 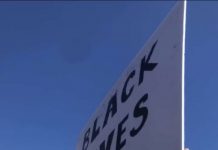 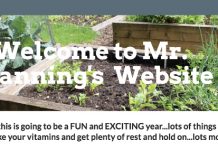 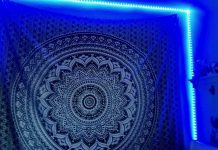