It seemed as if everyone lost their minds when Harry Styles was featured on the cover of the December issue of Vogue Magazine. Rightfully so though. Styles was the first male to ever be on the cover, so naturally, people should’ve been exhilarated at the historic moment. However, despite him definitely having millions of supporters, there was also a fair share of people who were not on board. This hesitation came down to the fact that Styles was featured wearing a custom-made Gucci dress, and many people just didn’t like seeing a man in a dress. This all comes to the question of why? Why do people care about what others wear, and specifically, why do people label a gender to specific types of clothing?

It makes sense that people would do a double-take if they were walking down the street and saw a man in a mini skirt (this doesn’t excuse the prejudice though). It’s been instilled in our brains that skirts are for women and pants are for men. However, that isn’t necessarily the case anymore. Since the mid 20th century, pants have been worn regularly by women. Whether it’s a celebrity dressing for an award show, a politician going about her duties or your average woman working 9-5, women all over sport their pantsuits, and no one second-guesses it. Although it’s great that there is no longer a rule against women doing this, there is still the expectation that men can’t venture into the other side of clothing.

Over time, more masculine styles have been taken on by the female buyer because that’s what fashion magazines and runway styles tell us. Streetwear has taken over, and this just leads to more and more girls wearing “men’s clothing.” With the popularity of thrifting, it’s become increasingly common for girls to specifically shop in the men’s section for their oversized t-shirts, Dickies work pants and button-ups. Social media is filled with outfit inspiration including these “men’s” items, and no one thinks twice. Now I’m not saying that any of this should be reverted, but rather, this ideal should continue to move forward until boys feel comfortable to do the same if they choose.

For years, little sisters have been putting their brothers in skirts, or boys have chosen a female costume for Halloween, and it’s seen as funny, but it’s always left at that: just a joke. For any little boy that sees his male counterparts doing this just to get a few laughs, it can easily be off-putting to want to try out the style for oneself, thinking it’ll just end in mockery. Oftentimes men avoid all forms of femininity, whether it’s clothing or their emotions, in efforts to avoid being the butt of a joke. It’s completely fair that not all men want to wear a dress; however, there shouldn’t be so much “humor” placed on the men who do want to wear dresses.

Despite the backlash it did receive, Harry Styles in a dress is a push in the right direction. With such a big name showing young boys all around the world that it’s okay to wear what they want, it will hopefully stop the stigma around it all. It’s not just Harry Styles though. For the past year or two, runways have been including men in skirts and dresses. Other celebrities like Jared Leto have also chosen a skirt over pants. The more this happens with big names and not just niche companies, the more it will be not only accepted, but normalized.

The people who support this movement aren’t advocating for all boys to wear dresses. Simply, people just want there to be freedom in what they wear. If someone’s outfit isn’t physically hurting you, then it shouldn’t matter what they choose to wear. Fashion and clothing are all about feeling confident and comfortable in your own skin. Leave judgment and gender out of clothing because at the end of the day, it’s just a fabric, or meat in Lady Gaga’s case, and there should be no rules. 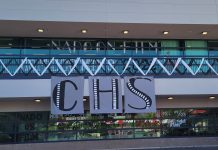 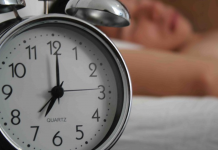 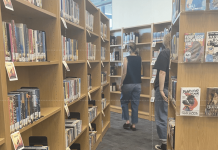