Daylight savings time continues to cause an uproar with everyone living in areas where they set their clocks an hour forward. The extra hour of daylight provided in the evening during the warmer months occurs from March 14th to November 9th every year. States like Arizona and Hawaii do not take part in daylight savings, but the rest of the United States does.

Before clocks, humans would wake up and go to bed with the sun. Losing that morning sunlight can offset your internal clock by making it so you no longer rise with the sun. Sleep deprivation is a common problem every year when the initial switch is made. In eight of the twelve months, people are thrown off of their natural instincts. Early risers will feel far more tired waking up at the same time during daylight savings versus standard time. The dark is associated with sleep, while sunlight is associated with being awake. When people can no longer wake up to the sun being out, feeling overall more tired is extremely normal. Even though it is technically the same time to wake up, people feel off their routine, and it’s harder to get up.

“Waking up last year to get ready to go to school when it was still dark outside was so much harder than at the beginning and end of the year,” junior Arianna Falchi said.

With modern technology, the need for an internal clock has diminished. People no longer go to sleep with the sun, but rather, they are still out far past when the sun has set. It is much safer to have extra hours of daylight during the evening than in the morning because of the increased number of people who would be out. Most crimes occur at night, so by prolonging darkness during the evening, crime rates could go down. This makes it so the world is a safer place for a longer period of time.

“I feel so much safer being out and about while it is light outside, especially as an underage female,” junior Makayla Rizzo said.

The later the sun sets, the later people tend to stay out. A drop in productivity inside a work or school environment is a natural outcome of staying out late. Standard time allows people to get more done because they are getting back home earlier for a longer, and better night’s sleep. They are then far less likely to be able to do work when exhausted from a long night out. Having an early start on the day, without the tired feeling, is made much easier with standard time rather than daylight savings time. More work is likely to get done.

“I always end up falling asleep earlier at night during the winter than in the summer,” junior Nate Smith said. “I get tired faster because of how early the sun sets.”

A more active lifestyle is possible with daylight savings. When the sun is still out after work or school, people are more likely to participate in activities because daytime tends to encourage motivation to be active. Improvements in mental and physical health are a direct result of a more active lifestyle. With more opportunity to be active during the day and intake vitamin D, your mood is sure to go up. Seasonal depression is a real and serious issue, which is usually solved with the extra hour of daylight gained in March. Taking away daylight savings would make it more difficult for some to find the urge to go and be active after a long day.

“I thoroughly enjoy running before dinner, so I prefer it to be light outside when I do,” sophomore Kylie Kimbal said.

The sun is still up for the same amount of time during daylight savings and standard time, so it is just a matter of which time of day, morning or evening, is more important to have light. Would a longer evening or a brighter morning better suit society? 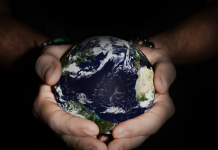 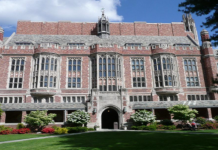 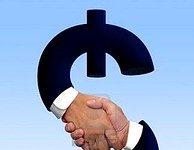 How to prep for the next step: scholarships