Summer is over, and class is well in session. After six weeks of freedom, it is understandable how the student body has grown accustomed to not being around 3,000 other people for seven hours a day. So it’s not surprising that students have forgotten how to move within the confines of these congested halls.

As Cougars enter the new school year, it will benefit all students to keep in mind that they are no longer alone in their homes, and other people attend this school. Let me recount the stressful tedious task of walking in these halls on a daily basis, and believe me it’s only gotten worse. I’d rather be stuck in LA traffic than walk within these corridors.

I realize that hallways are wide. However, they are not wide enough for three of even the closest friends to walk side-by-side to biology. There are always at least two lanes of traffic, one for going and one for coming. This should not be news to you since it’s how all of the world operates. One is on the left, and the other, on the right. Which is which depends on what country you’re in. In America, people entering move on the right, and those exiting move on the left. Even if you’re not familiar with this rule, it is not that hard to figure out. With this mind, there is also almost always a place for you to pull over to the side and allow others to pass before they honk their horns and yell hurtful nicknames as they force their way past you.

Stairs are for walking up and down, not for standing. Standing on or at the top and bottom of the stairs is unacceptable at all times. This rule is not strictly specific here; it’s common sense actually. Please explain to me how I can get from science to English when the stairs are blocked by your squad. Is that a good enough excuse to get an elevator pass? You wouldn’t block the on/off ramp of the freeway, so don’t block the stairs.

I do not have patience to walk behind slow walkers like how my dad doesn’t have patience behind slow drivers. Some people actually want to get to their destinations on time. I’m not talking about those with crutches or a limp. I’m talking about those who do have the ability to walk or even run but choose to move at the speed of a quarter of a corridor per minute during a five-minute passing period when I’m in the 800s and trying to get to a portable. The closest person to you should not be 20 feet in front of you. Tailgate closer than that. Move with the flow of traffic because believe it or not, there are other people behind you, and you’re blocking this half of the hallway. The story of “The Tortoise and the Hare” is irrelevant here. This is a race, and if lost, a trip to the dean’s office and a tardy slip will undoubtedly be the loser’s prize. It’s cool if you don’t care about getting a “ticket,” but I do, and I’d rather not. My record is perfectly clean, and I’d prefer it to stay that way.

I understand that other people want to look cool when they walk. It’s just one of those teenage things that follows generation after generation to high school caused by societal and peer pressures. For those of us strong enough to resist “the swag,” getting stuck behind those that do can be very challenging. It could be because of their music or because their pants are too low, but the slow rhythm of whatever song audible in your earbuds is not to the tempo of the outside world. Change the song, pull up those pants, and move faster before someone “accidentally” gets their shoe flat-tired.

Speaking of audible music, I shouldn’t be able to hear it. I don’t want to listen to your Drake, your Migos, and your Skrillex while I’m listening to my Weird Al Yankovic and my Smash Mouth. Why do you even have a speaker backpack? To be obnoxious? Obviously.This is even worse than driving because I can’t even roll up my window to block the harsh vibrations of your anti-feminist music.

Teenagers can barely walk and talk, nevermind adding a cell phone to the distractions. Nobody can see where they’re going while texting. No teenager, or mere mortal for that matter, is that talented. The time to scroll timelines is after the math quiz that I need to get to class early to cram for. Texting and walking is real, and even though it won’t cause as much physical damage here, it can really ride somebody’s nerves when you bump into another student or even an administrator.

Hallways are a communal space meant to be shared. With the help of these simple guidelines, maybe the urge to run over each other during passing periods will cease to exist, and these hallways will flow with civilized human beings instead of uncoordinated high schoolers. 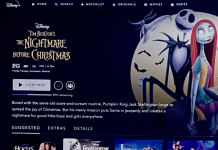 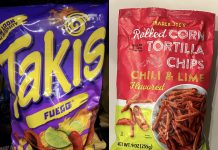 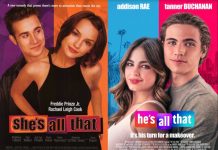 “He’s All That” is another unnecessary remake