Luxury brands are on the rise. Brands such as Gucci, Supreme, and Louis Vuitton have become status symbols, covering the fronts of shirts, marking belt buckles, spilling over handbags, and are plastered across social media and celebrities alike.

Gucci is one of the many brands making its way to the top, but how did it become that way? In the beginning of Gucci, the founder Guccio Gucci continued his father’s work and began creating and specializing in leather items.This led him to open his first store, in which he thrived designing shoes and handbags. From there he became known for his incredible craftsmanship.

“Both of the Gucci rings were $570 together, and I’d say the looks made me really want to get it, and the brand was the cherry on top,” Nathan Rosenthal, sophomore, said.

Gucci is not the only brand recognizable for its craftsmanship; Louis Vuitton is also known for its use of dependable leather. Louis Vuitton began by creating trunks used as luggage. It became a beloved item to customers, leading into items like purses and wallets, which became their trendiest items.

“I feel that the Gucci is very expensive, and it isn’t worth buying an item worth so much on something so small, just because of the brand,” Kaelyn Mills, freshman, said.

Unlike Gucci and Louis Vuitton, Supreme started off in New York City with cheaper items like tee shirts and hoodies. Their prices began to rise when they started selling on the resale market for skating, which is what they are best known for. Since Supreme only makes limited items and doesn’t mass produce, their prices only continue to rise. Celebrity appearances in Supreme popularized the brand and, before long, it became a nationwide trend, especially among high schoolers.

Gucci and Louis Vuitton’s reliable leather material attributed to an increase in cost. As for Supreme, their growing popularity seems to excuse the high price. Whether it’s to “flex” or just for style, it is estimated that these trends are here to stay at least for now. Although the price may cause some to shy away from them, many argue that luxury is worth the money.

“I spent so much money on an expensive brand because I wanted to cop and flex, to show that I can afford something so big,” Mateo Flores, freshman, said. 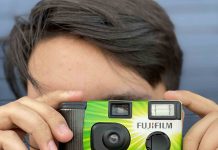 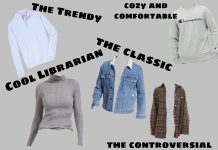 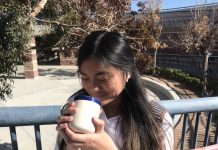 Fall in love with these famous fall drinks