The Vegas Golden Knights are coming off one of their best seasons though they fell short once again at bringing a Stanley Cup to Vegas. The Knights are set for an exciting season of hockey with the franchise being in its fifth year of existence. Knights fans are exhilarated to see their team and how different they will continue to perform without Marc-Andre Fleury in the net.

“The season last year was very different from others,” senior Hudson Brandon said. “I was able to go to some games, and it just felt different when the building wasn’t full capacity.”

Last year, the Golden Knights at first weren’t allowed to have fans in the Fortress. The Knights were able to manage to have a league-leading 40 wins without the energy of the building at its peak. However, as time rolled along, the organization was allowed to bring in fans at limited capacities at a time. This trend happened until game 3 of the second round playoffs against the Colorado Avalanche where they saw 100% capacity for the first time. The series against the Colorado Avalanche last year was probably one of the most exciting series that we’ve seen in Knights history.

“It just was disappointing that we couldn’t capitalize after beating Colorado,” senior Logan Williamson said. “Last year was a very successful year and we had a good shot a winning it all.”

The series win against Colorado turned the cup odds in favor of the Knights by a large margin. Unfortunately, they were vanquished by the underdogs, the Montreal Canadiens, where they lost six games in a heartbreaking overtime loss. This happens to be the third straight year they have ended their playoff run with an overtime loss. The loss against Montreal was difficult for fans to endure as this was one of the best chances for the Knights to win the honored cup. The organization decided to make a change in the offseason by letting go of two of the most recognized players in Knights history, Marc-Andre Fleury and Ryan Reaves. For all Knights fans, this was hard to experience because these players were a part of the organization since their inaugural season. This year, the Knights and their fans look into finding success in their fifth season.

“This season should be exciting,” senior Trent Corbo said. “I’m an Islanders fan, but I still support the Knights and wish them a great season.”

The Golden Knights made a huge trade during the beginning of the 2021-22 season. Vegas traded Alex Tuch, Peyton Krebs and future draft picks for All-Star Center Jack Eichel from the Buffalo Sabres. This trade helps the Knights become even more stacked in their roster than it was before. Fans are definitely upset that Alex Tuch is no longer a part of the team, as he was another original “Misfit” along with Fleury. Eichel is having neck surgery, but his return should be around February. 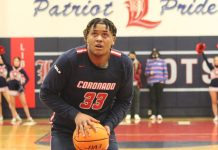 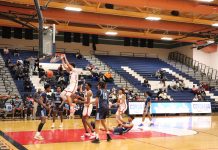 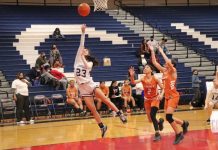